The 2011 ADEA Triennale will be held in Ouagadougou, on the theme of education and training for sustainable development

Tunis, 10 December 2010. The kickoff of the preparations for the 2011 Triennale on Education and Training in Africa was given in Tunis on Friday, 10 December, on the occasion of an official launch ceremony. The ceremony was attended by the Chair and Executive Secretary of ADEA, ministers of education, and representatives of the member cooperation agencies of ADEA and of the other organizations concerned, gathered in Tunis for the 33rd session of the ADEA Steering Committee.

The launch of the Triennale, a full year before the event, seeks to mobilize all the stakeholders in African education to address the Triennale theme: “Promoting critical knowledge, skills and qualifications for sustainable development in Africa: how to design and build an effective response by education and training systems?”

Former president of Ghana John Agyekum Kufuor, in a filmed message screened for the participants, recalled the fundamental role of education and training in a globalized world. “At the beginning of the 21st century, the eyes of the entire world are once again focused on Africa”, he declared. “Everybody is following their own interests, even though everyone promises industrial and trade partnerships, all in the name of globalization. In reality, those who win out will be those who have the know-how and technology and will be in a position of strength for negotiations. Africa must be able to come to the negotiating table well prepared.”

Mr. Mamadou Ndoye, former minister of education of Senegal and former Executive Secretary of ADEA, delivered the inaugural lesson, sharing his thoughts on the interactive link between education and development, as well as an analysis of the African context and the changes to be made in education.

“We do not have only constraints in Africa”, he said, “but also opportunities that constitute a substantial reservoir for development: a young population, women, whose skills have not been sufficiently developed to date, immense natural resources and a cultural, linguistic and spiritual heritage that school systems have not taken advantage of to promote development.”

He recited the major changes that need to be made in order to develop strategic education systems that foster sustainable development:

The official launch of the Triennale was pronounced by the Vice-President for Sector Operations of the African Development Bank (AfDB), Mr. Kamal Elkheshen, on behalf of AfDB President Donald Kaberuka. In his address, Mr. Elkheshen highlighted the priority that the AfDB gives to higher education, science and technology as tools to promote the sustainable development of Africa. Evoking the link that binds the AfDB to ADEA, which is hosted by the AfDB, he called on all components of African society and all bilateral and multilateral development partners to join forces to make a success of the Triennale, which is so important for Africa’s development.

The Triennale (hitherto Biennale) on Education and Training in Africa, organized by ADEA, is the world’s most important event on education in Africa, in terms of both participation – more than 600 people took part in the last Biennale in Maputo, including about 60 African ministers – and the substance of the discussions, which are grounded in extensive research and consultation among stakeholders in education and training. 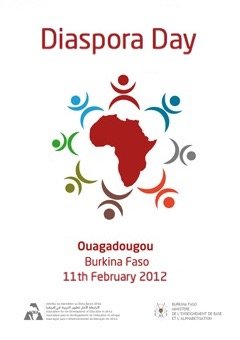