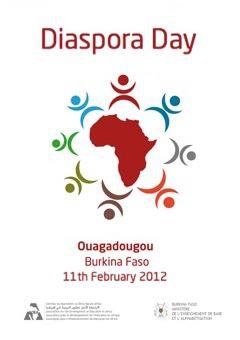 Ouagadougou, 10 February 2012. On Saturday at the International Conference Center in Ouagadougou, Burkina Faso’s Minister of Foreign Affairs and Regional Cooperation, Djibril Bassolé, formally opened the day session for discussions and consultations with Africa’s Diaspora, emphasizing the contribution the Diaspora can make to the development of Education in Africa.

In the presence of the Chair of the Executive Committee of the Association for the Development of Education in Africa (ADEA), Dzingai Mutumbuka, Burkina Faso’s Minister of National Education, Ms. Koumba Boly Barry, ADEA’s Executive Secretary, Ahlin Byll-Cataria, and a number of other prominentfigures, Mr. Bassolé urged the day’s participants to reflect upon the best mechanisms to create aframework for partnership with the Diaspora for the development of Education.

As Burkina Faso’s Minister of Foreign Affairs stated at the day session organized by ADEA: “Lookingbeyond immediate solutions, the aim must be to examine how the Diaspora can participate in the transformation of the quality of Education in Africa. The task is to see what contribution the Diaspora can make to the education and training of citizens capable of anticipating major events.”

In the view of Minister Bassolé, it is important to reflect upon how Africa’s sons and daughters currently outside the continent can help ensure a better match between jobs and training and education in Africa.

The Chair of ADEA’s Executive Committee, Dzingai Mutumbuka, emphasized for his part the fact that the Diaspora is an integral part of the 2012 Triennale, the central theme of which is “Promoting critical knowledge, skills and qualifications for sustainable development in Africa: How to design and implement an effective response by education and training systems.”

Taking the floor following the official ceremony, the former Prime Minister of Burkina Faso, Tertius Zongo, also underlined the full extent of the value that can be added by the Diaspora in addressing thecontinent’s educational issues.

Mr. Zongo took pleasure in stating that he “would like to congratulate the organizers for this day. It is important that bridges should be built to allow Africans wherever they may be to place their intelligence and their energy at the service of the continent.”

After the introductory address by the former Prime Minister, the participants began to exchange their views and experience in a round table structured around two major phases. In the first part, they examinedthe Diaspora’s contributions to the socio-economic development of Africa through the transfer of skills, especially in the area of Education, vocational training, science, technology and research. In thisconnection, Mali’s experience was extensively discussed and put forward as an example of the involvement of the Diaspora in a way that should provide inspiration to the other States on the continent.

In the second part of the round table, the participants arrived at an overview of the current situation with regard to opportunities and programs already in place in certain countries on the continent for the supportof Africa’s development. The representatives from Morocco, Niger, Tunisia, Nigeria, Kenya, Senegal and Togo took the floor to speak on the experiences of their respective countries, emphasizing the positive effects of the Diaspora’s involvement.

At the conclusion of their high-level debate, the day’s participants drew up a non-exhaustive list of messages to be presented on Monday to the Heads of State and African Ministers attending the opening ceremony of the Triennale.

They expressed the wish for example to see the creation in each African State of a framework conducive to contributions from the Diaspora to the development of their countries of origin. The session also urged that a framework be put in place to foster mobility between African countries in order to consolidate intra-African cooperation and contacts.

Those attending the day also wished to see put in place a database containing an inventory of theDiaspora’s principal skills in science, technology, research and training. They felt that such an initiative would gain from the creation of a special Diaspora fund that could be used to finance initiatives benefiting their countries of origin.

The session devoted to the Diaspora will be followed on Sunday by a day for exchange of experience in the Education domain between Korea and Africa in the lead-up to ADEA’s 2012 Triennale.

Over 800 participants, including several Heads of State and some forty African ministers, are expected to attend the 2012 Triennale, this being the first to be held since the decision by ADEA’s Executive Committee in 2008 in Maputo, Mozambique, to transform the Biennale into a Triennale.